Back from the grave 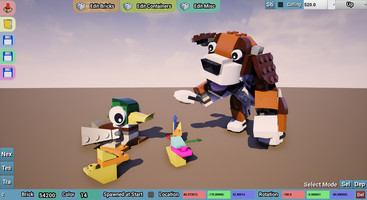 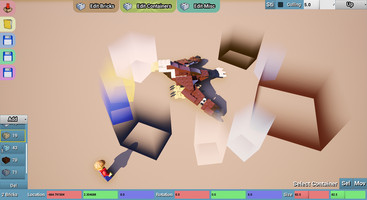 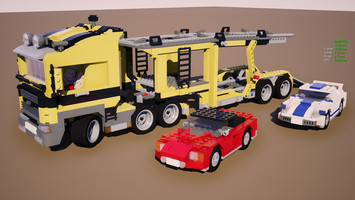 It's been more than two years since the first release of this game. Around a year ago, I picked up work again because it's still far from finished, despite it's version number. Many aspects have been completely reworked and improved. Most notably these changes have been made:

Previously you had to build the model strictly by building the pieces the instructions told you to use. Now there is an hierarchical building system where each brick contains data about which bricks need to exist before you can build this brick. This means you can work on whatever part of the model you want to.

Want to build the water part first before you start with the house because you'd like to get rid of the blue pieces first? Now you can!

The models are still assembled in LDraw applications such as LDCad or Stud.io but now they are not read from the .ldr file at the start of the game anymore but instead use their own system with a lot of game-related data.

To apply this data, there is an editor integrated into the game which allows you to correct minor placement mistakes, replace parts or colors, move the model around the map, set the player start position, place the camera for the automatically generated preview image, apply metadata, add the data for the new building system and test whether it can be built without running into a loop (i.e. Brick A requires Brick B to be built, while Brick B requires Brick A to be built). 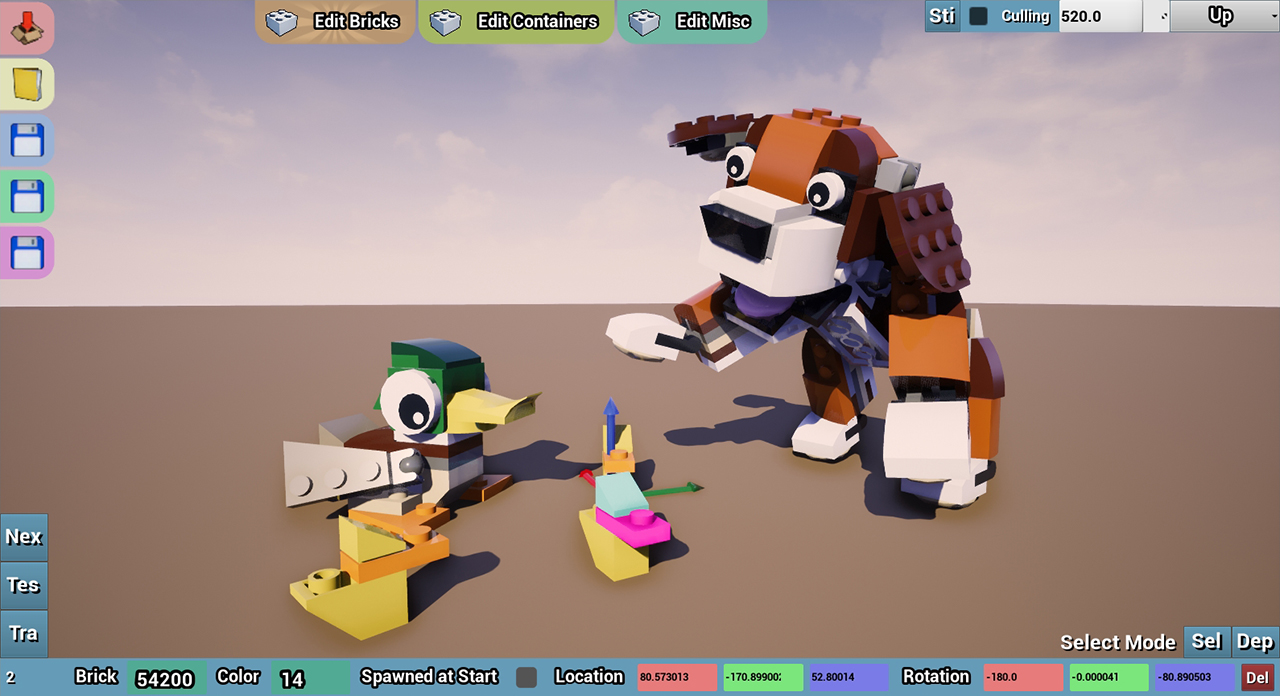 Please note that the ugly part of the interface is far from finished. The part at the top is the closest to what I am currently applying to everything. 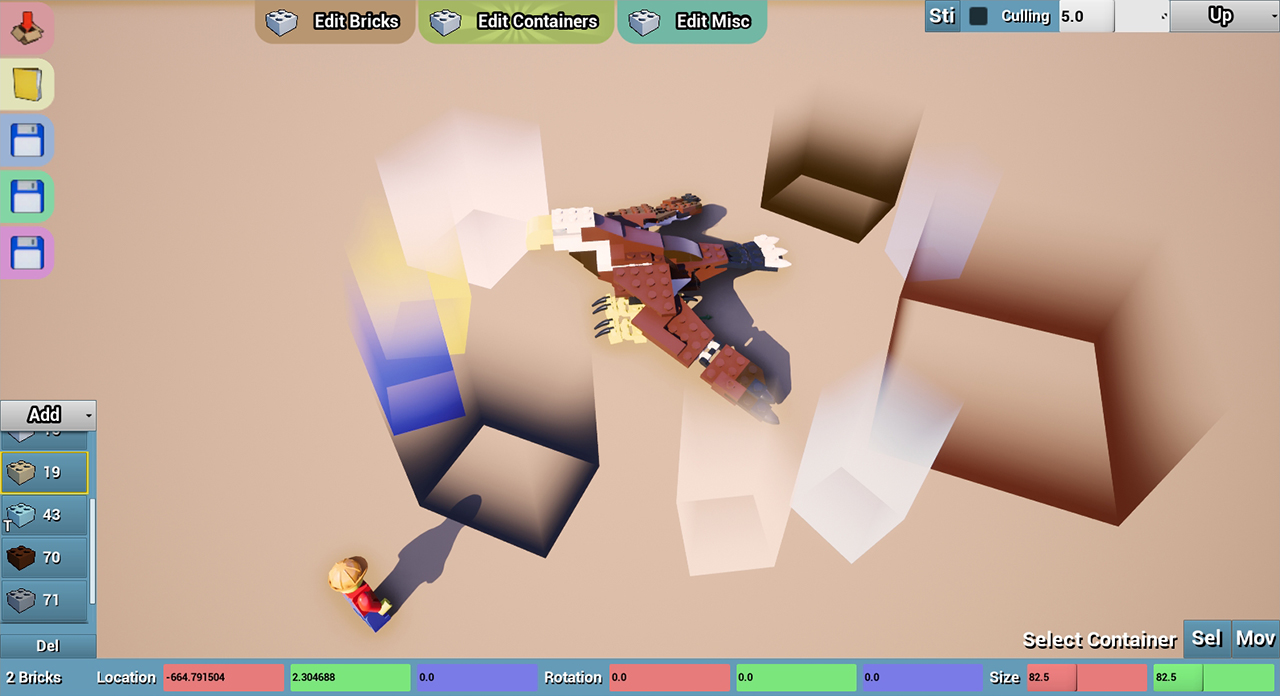 This shows the containers menu where you have to add "containers" for each used color. The bricks spawn above the corresponding container and are kept within their bounds for a few seconds so they won't mix with other colors. You can move, rotate and change the size of these containers.

Even though the previous version didn't run as bad as I guessed during development, there were still a few performance bottlenecks to be ironed out. This has been done and further improvements of the Unreal Engine 4 provided more performance-saving features such as hierarchical instanced meshes. This allows for far bigger models to be built. 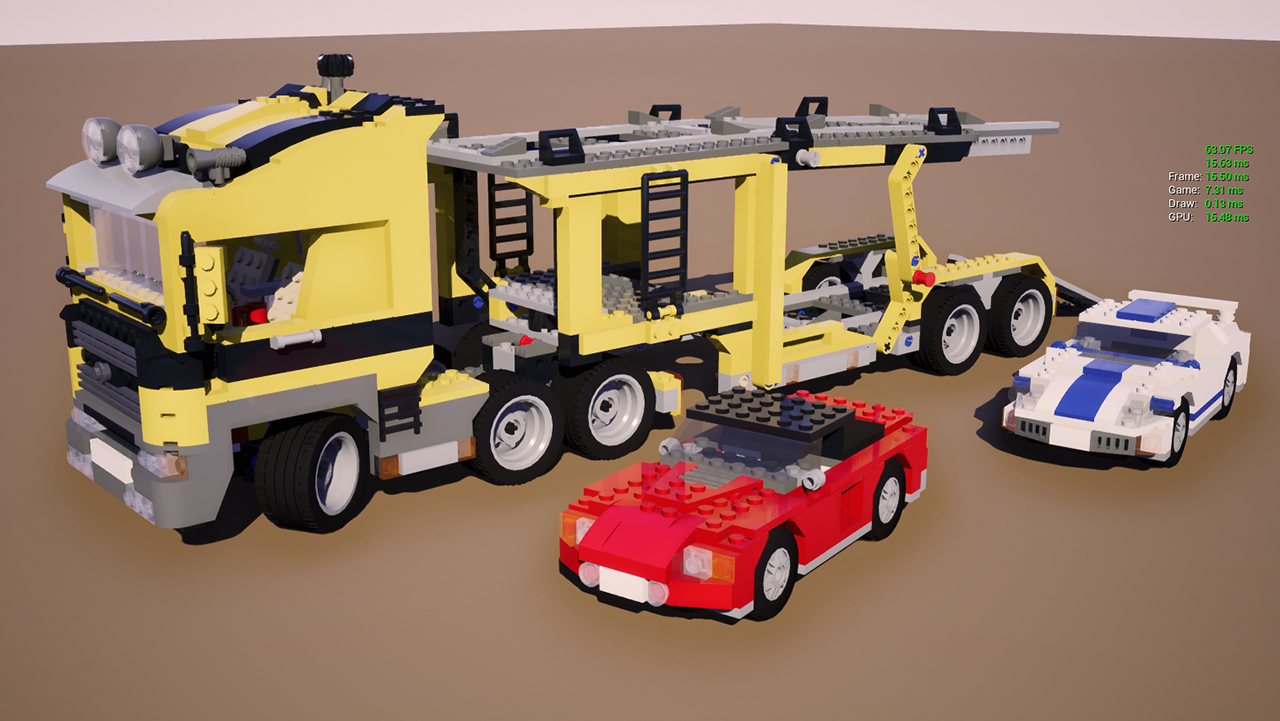 This is the biggest Lego Creator 3-in-1 model with almost 1300 pieces. A few days ago it ran with around 32 FPS in the fully built state on my GTX 970. Now it displays at around 60 FPS.

If you played the previous version you might have noticed building much smaller models even took quite longer than expected (especially without most of the unlocks). Therefore big models like this one require a faster gameplay unless you're out to be bored/annoyed. This is planned along with actual goals and challenges.

While it's still impossible to convert LDraw bricks to use in the game (due to my limited skills) the process of adding bricks to the game has mostly been automated. I just need to run a bunch of macros and batch files and around 10 new bricks can be brought into the game in 15 minutes (unless they have visual errors which need to be corrected manually).

Since I don't work 24/7 on this project, I cannot say when the new version will be ready for downloading. But I'm sure posting this will provide me with a sense of responsibility to spend more time on it.

Thank you for reading!

Build brick-building sets from the perspective of a minifigure.

I want to build #8414 the mini loader, but its stuck after adding the first 2 wheels on one side. Nothing to add, and so i cannot continue

That should be impossible. There is always something you can add. You could check out the model in the editor or buy the "List Needed Bricks" upgrade to see what bricks are needed.

With that upgrade you can display the instructions onscreen by pressing TAB.